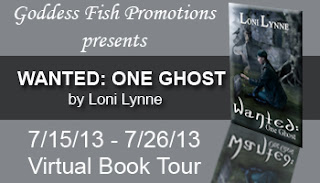 Take some time to meet Loni Lynne, author of 'Wanted: One Ghost.' Remember to leave her any comments or questions below!

What was the inspiration behind 'Wanted: One Ghost.'

Various ghost tours. I always wanted to know what the ghost was thinking about the story being told by others on the tours. Did they know they were dead? Was that the real story behind their death? What would they be experiencing?

How did you determine the title?

Originally, I wanted my heroine to actually ‘want’ to find a ghost since her family had the ability and she’d yet to experience a true ghost. As the story developed and changed, I liked the title so much that I kept it.

How much do you have in common with April, the main character?

We share a love for history and some of the quirkiness.

I studied up on some of the characteristics of psychometry/metaphysics. I also did a bit of local and regional research into the time period and events that were going on at the time of my hero’s life in the Maryland colony back in the mid 1700’s.

My husband was the one who challenged me to complete a manuscript about five years ago. Now that I’ve been published, he promotes my book to others when he sees them. My daughters are very supportive in knowing I have writing time and it is my ‘working’ time now.

If you could bring someone from the past here to the future, whom would you choose?

Wow! Difficult to say…but the other day I was thinking about George Washington and what he would think of our government today. Would he be impressed or depressed? LOL

Have you ever had your own ghostly encounter?

Kind of…I think my hubby’s grandfather likes to play jokes on us once in awhile. My hubby was complaining about how he hated his Accounting class he had to take a few years ago. He didn’t want to go to the class that day. When the time came and he went to get his book that was right on the bed earlier it was nowhere to be found. We turned the house upside down! A while later that day I had opened my dresser drawer and found the book under my clothes. There was no way it could have ended up there. I looked up at the picture we have of my hubby’s grandfather and he had this devious grin on his face (as always) but it just hit me that maybe…just maybe he was protecting his baby grandson so he didn’t have to go to class. So now whenever anything goes missing, we blame him.

At the end of your bio, you say, "Believe in Fate." What is the significance of that line for you?

It’s my tag line. It not only pertains to my book, Wanted: One Ghost, but to many stories I write about. I learned a few years back that no matter what we try to do in our lives, or plan, fate/God has a purpose all their own. We may not see it or appreciate the changes or disappointments life throws at us, i.e., the job we didn’t get, the person we didn’t end up with, the place we saw ourselves ten years after graduating—all of those don’t matter in the end. We are guided at times in a direction that is meant to be. So instead of fighting it, I wanted to embrace it…to ‘Believe in Fate’.

You grew up all over the country. What is one of your favorite places from your past? Would you ever return there?

I was born in Michigan, in the northern part of the Lower Peninsula. One of the areas I fell in love with when I was younger was Harbor Springs/Petoskey and also going on summer excursions to Mackinac Island. The serenity of the ambiance there inspired me as a child. There was an aura of a time of class and elegance, the early 1900’s, yachting on Little Traverse Bay, the little shops and inns in the Gaslight District of Petoskey/Bay View area and carriage rides to view the Grand Hotel. I would love to return there to either area and have a writing retreat with the tranquility of the bay in view.

Where is a place you haven't yet been, but would like to visit?

I’ve always wanted to go to Great Britain—England/Scotland and Ireland. But I would also love to be able to explore Romania (family heritage) and learn of its mystical secrets.

Well, I’m a Navy veteran, I’m always proud of that and many people are surprised by that fact. But one of my first jobs while I was still in high school was that of a radio deejay. I worked for a country/western station out of Western Oklahoma—back when you had to have an FCC license. J Okay, I’m dating myself! LOL

I love to hear from people and if they get a chance to read Wanted: One Ghost would love to know what you think!

Thank you so much for your time. I enjoyed your book!

Aw…thank you! I had a wonderful time here! All the best and remember… “Believe in Fate”. J 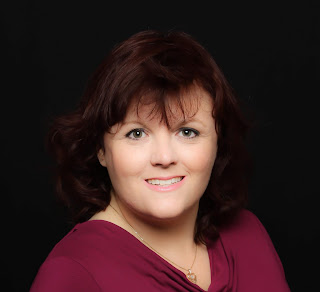 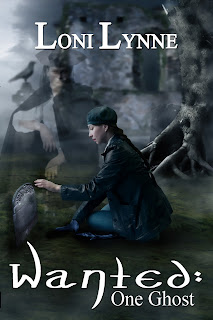 With the help of family and ghosts from James’s past, they unravel the truth. But after falling in love and with time running out, it’s hard for April to believe in fate and a future where forever is now.

~~Available in paperback and for Kindle from Amazon~~

Loni will be awarding a $15 Amazon or B&N gift card (winner’s choice) to a randomly drawn commenter during the tour. Follow the tour for more chances to win!
Posted by Andi at 3:30 AM
Labels: ghost, giveaway, Goddess Fish, historical fiction, interview