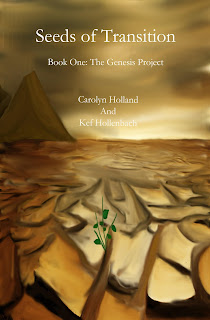 Seeds Of Transition: Book One - The Genesis Project is full of gripping adventure, psychological thrills, and emotional conflict from start to finish.

As the world’s population approaches 10 billion people, and severe weather extremes impact crop and livestock production, the demand for and price of food is rising. The American government, as well as other powerful individuals, find themselves looking for intelligent, albeit unlikely heroes in the world of academia.

Jarod Farra, a professor of agriculture at Cornell University, quickly finds himself at the forefront of both his longstanding dreams, and perhaps, some of his worst fears. Out of the turmoil and fear of an impending international food shortage, a range of characters come together to perform an experiment that will forever change the world as we know it, and provide new hope for generations to come.

The warm air enveloped the sleeping village as if the dawn would bring with it the start of a day like any other. Farmers slumbered, their bodies fatigued from the hard day’s work in the paddies. Mothers rose quickly and quietly to nurse crying babies, hushing them so their fathers could rest. The wind was picking up, ushering with it a blanket of clouds that blocked the light of the full moon, making the night very dark. The rain started to come down, softly at first and then more heavily as the night wore on.
The slosh of waves slapped against the hulls of fishing boats tied to submerged docks. The thumping sound of wood meeting wood as the swells pushed the boats against the quays was getting deeper and deeper as the rain filled the crafts, making them heavier and heavier. Soon they would sink, their tethers preventing them from reaching the muddy bottom. Oars and net staffs would soon float away.
Not so very far away the balmy, moist air was rising from the water’s surface and mounting the wind on its trek toward the sky. More warm air rushed in to replace it and then it too began to rise. The repeating cycle continued and went on through the night; air swirled in and up, over and over again.
Overhead, a platform of cool air waited to meet the rising warm moisture, the collision transforming the mist into heavy, thick clouds. The wind swooped in and the dance commenced, slowly at first but steadily gaining pace. It tirelessly whirled the new clouds around and around as the phase below repeated over and over again. The tempo swelled and the wind began to howl its delight as more clouds rose to meet her, whirling and churning, the action became more savage, more intense, building, and building until finally, she was delivered and the tempest was born; beautiful and exquisitely formed liked no other before her.
The rising warm air fed her, and the wind strengthened her and her rage grew more powerful with every passing hour. Soon, she would realize her full potential and she would be unstoppable and unforgiving as she fulfilled her destiny. All people would remember her name, she would never be forgotten.
Not so very far away, slumbering in their tiny homes, farmers rested from a hard day’s work and mothers gently placed their sleeping infants back in their beds. It was still hours from dawn; still time for sleep before the new day began.
Ghazi woke suddenly, startled as he shot straight up in bed, his heart beating so hard that he could hear it; a steady, deafening thump in his ears. A desperate look around the room assured him that all was well within the walls of his tiny home. Aala and Jarood were sleeping peacefully. He realized that he must have been dreaming although he could not remember it, his heart slowed to a normal pace but he was wide awake now and not likely to go back to sleep.
The sounds of rain falling hard outside and the gustiness of the wind caught his attention. It was still dark outside, at least two hours from dawn but he looked out the window anyway. Nothing; at least, nothing that he could see. He glanced at the small table in the corner which held the union VHF radio. Had a bulletin come across and awakened him? Something was wrong, he knew it, and he felt it. He watched the radio intently for a few minutes, waiting, and then it happened.
The cyclone warning came in a frantic voice, thick with the Noakhali dialect of the area. It said that the BMD, Bangladesh Meteorological Department had issued a cyclone warning at 4am. The storm had developed overnight and was expected to make landfall in the Noakhali district in the Upazila of Hatiya in two to three hours. Village units were to proceed immediately with warning and evacuation procedures. Maximum sustained winds had been recorded at 225 kilometers per hour, and the tidal surge was projected to be approximately 4.5 meters.
Ghazi’s blood became ice in his veins. He looked over toward his bed and saw Aala staring back at him, wide eyed as the fear gripped her; she had also heard the alert.
He sprang into action, all of the volunteer training coming back to him now; he remembered what he had to do. He pulled on his day clothes hurriedly; Aala roused the boy and directed him to dress quickly while she went behind the curtain to do the same. Within seconds she was back in the center of the room. She held two bags, one she handed to her son and the other she filled with the most important items in the room. The boy gathered food from the shelves, knowing exactly what to grab as his father had performed this drill with his family many times; only this time it was not practice. Ghazi donned the sash and hat that identified him as a Red Crescent volunteer, and seized the megaphone that had been assigned to him.
Exactly three minutes had passed since the warning had come across the radio, and the Farra family was at the door ready to leave their tiny mud brick home. Ghazi quickly ran through what they were to do and where they were to go. He would meet them at the shelter as soon as the warnings were out to the people of the village. A quick look into each other’s eyes, and everything that needed to be said between them had been said. Ghazi opened the door and they entered the windy, wet darkness.
They separated; Aala and Jarood went in one direction, Ghazi in the other. Mother and son trudged through the water and sucking mud that had been the road just yesterday. She clutched at ... 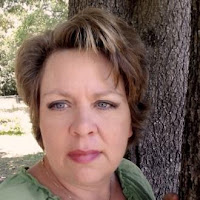 Carolyn Holland grew up during the 70’s in the coastal wetlands of North Carolina in a small, rural fishing village. She married right after high school and started her family, in the same community where she grew up. Though life took her to other places, she lived in the Appalachians for a time and later in Alabama, she found herself drawn back to her roots in Coastal North Carolina. With her three children grown now, she resides there still with her husband James Holland, a retired US Marine.

Kef Hollenbach was born and raised in Kentucky, USA. Going into business management after graduating from university yielded an eclectic set of experiences ranging from production work to mid-level management to business owner.

The very proud parent of a son and daughter and husband to a deeply appreciated wife, Kef revels in learning new things and visiting new places. With a strong propensity for sharing, he strives to weave his experiences and what he has learned into all of his writing.

Additional information about the authors may be found at http://BooksAuthorsAndArtists.com and on the Books, Authors and Artists Facebook page at https://www.facebook.com/BooksAuthorsAndArtists
Posted by Andi at 12:00 AM
Labels: Bewitching Book Tours, book promo, excerpt, release day, science fiction, speculative fiction