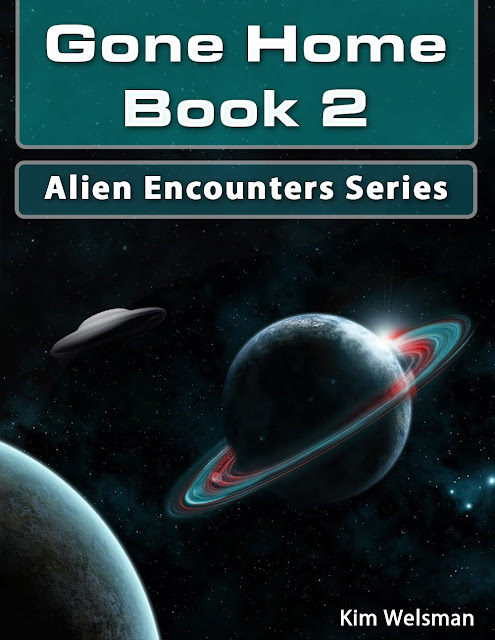 In Gone Home, the second installment in the Alien Encounters Series, Peggy goes back to her home world, Sylax.

We learn of Peggy’s life before her Earth mission. She has a loving Mother, her CK-1 creator, who loves her like a daughter, even for her PSI abilities. Mother wants Peggy to be a part of the mighty Docan forest of Sylax’s past, but also wants Peggy to move on and accept her greater destiny. Will Peggy accept her destiny as a CK-1 child and move to a life beyond the Docan?

When Peggy arrives on Sylax she is met with disappointment, and disapproval of her failed mission, but was it?

Sylaxian Council Member Sygen confronts Peggy with his concerns, and fears that Mitch Christie’s destructive nature could mean yet another dangerous member on the Council should Earth be invited to join. The Queen and her second in command, QET Jenkins, want Peggy to return to Earth. Will Peggy use her prowess to convince Sygen and the Council to welcome Earth so she can go back? 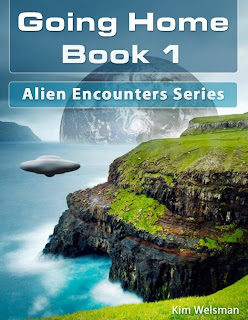 Lyrissa is a woman on a mission with a haunted past. Peggy is a woman in a new world on a quest. The Agency and the Guard both want Peggy. Will Lyrissa help the Queen and the Guard for a healthy sum or will she find the courage to let Peggy leave so they can both go home?

Going Home is Book One in the Alien Encounters Series, a new adult supernatural fantasy set in a dystopian future for women of all ages, but recommended for those over 16. Go on a psychic inner and outer journey with Lyrissa and find out if she goes home! 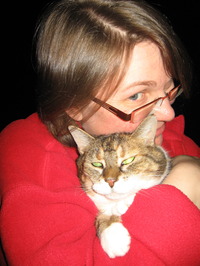 Kim started writing short stories as a young child but didn’t even consider writing a novel until she became a high school teacher. Her female science students weren’t connecting with the great WHY question of science the science fiction movies she showed in class presented. Kim realized these young women were much like her, unable to find themselves in the text. At that moment Kim realized she needed to write science fiction and fantasy stories to help those young women and all women have a voice. She wanted to introduce them to the far off realms she dreamed of as a child.

The Alien Encounter Series started out as a short story and grew from there. It will be a four volume set. It starts with the first novel Going Home and next book in the series, Gone Home, is slated for publication in late spring 2013.

Kim loves Jane Austen novels so she couldn’t resist trying her hand at a paranormal romance—the Deeps Trilogy. The first book in the trilogy, Stirrings, will be available for purchase on Amazon in the summer of 2013 with the second book to follow before fall 2013.

Not long after Kim was diagnosed with a disability she had to let her 17 year old cat go. She misses Joe very much and will be writing about her in an upcoming series.

Kim lives in Dartmouth, Nova Scotia with her husband and a library filled with books. She loves to take pictures for inspiration and paints in her spare time to relax.
Posted by Andi at 5:50 PM