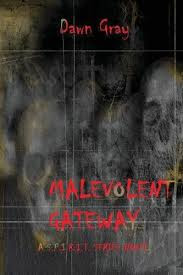 The Green Mountains of Vermont is a wonderland of picturesque valleys and hills, a landscape of fields and small towns that are hidden treasures. However, they can also hide many secrets.

Burke Flats, located in the upper right hand corner of the state, the Northeast Kingdom, has many skeletons in its closet.

Lieutenant Will Stiles and his group of men, the S.P.I.R.I.T. team, are called in to investigate the strange happenings around the marshlands of Burke Flats. For generations the marshes have been a place of ghostly lore, disappearances, and strange deaths.

Anna and Blake call the Flats home, but when the deaths begin to pick up in numbers they are more than happy to have the help of the military’s new elite. Will having the S.P.I.R.I.T. team so close open up a world of evil that they aren’t prepared for? Can a member of a different unit help spread some light on the subject? Join Anna, Blake, Will, and his team in a fight against a stronger malevolent presence than anyone ever expected.

I liked this book so much better than the first one in the series! I can't really put my finger on why, though. Somehow, I cared more about these characters and was more interested in their plight. I thought this one was somehow more believable and definitely creepier. There was a lot more action and romance to maintain my attention. I could see all of it unfolding as if I was watching a more modern horror movie. Perhaps it even reminded me a bit of some that I have seen lately, though it definitely is its own story.