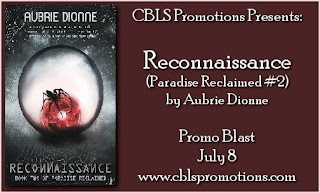 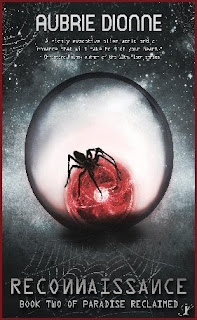 Description:
Nova Williams has lost her one shot at Lieutenanthood and at love. Lieutenant Crophaven has promoted her rival, Andromeda, all because her lifemate, Sirius, sacrificed their mission to win back Andromeda’s love.

While sneaking out to prove Andromeda is a fake, Nova finds an alien ship hovering over their colony. Lieutenant Crophaven assigns her to a reconnaissance mission, giving her a second chance to redeem herself. Sirius must fly her and a research team to the vessel to decide if they are a threat. Thrown together with the lifemate that betrayed her, she battles with her own jealousy while her team battles for their lives.

Can she forgive Sirius in order to save her team and warn her colony?

Aubrie grew up watching the original Star Wars movies over and over until she could recite and reenact every single scene in her backyard. She also loved The Goonies, Star Trek the Next Generation--favorite character was Data by far--and Indiana Jones. But, her all time favorite movie was The Last Unicorn. She still wonders why the unicorn decided to change back to a unicorn in the end.

A drone, as deep and low as the growl of a primordial beast, resonated in my gut and I yanked my hand away. My heart sped like someone had fired a starter gun to a race, and my chest tightened until I couldn’t breathe.

That blaring blasphemy wasn’t from my ship.

The sound tapered off, leaving me in silence. I stared at the bones, wondering if I’d imagined it, or if I should hide here in the ruins in case the sound came back.

What am I doing? I’m a team expedition leader, for crying out loud!

I pulled myself back together. Everyone else was attending the ceremony on the ship. The thick hull, designed to protect us from deep space, blocked all sounds from the outside world. I was the only one who would have heard it. The only one who could investigate. I thought about going back for help, but every second I delayed, the source of the sound could disappear. Besides, I didn’t want the credit taken away from me. Not this time.

I scrambled to the window and climbed over the ledge, throwing myself down so fast my ankles exploded in pain. Cursing, I hobbled up the embankment of the excavation site. The sound boomed around me, vibrating the crystals underneath my feet. I fell to my knees and covered my ears. It reminded me of warping metal, growling monsters, and screeching alarms all at the same time.

The sound came from the jungle. I pulled myself up the incline and peered over the edge. A dry, fiery breeze blew my hair back, and I looked above the rustling canopy.

My heart stammered then beat into a frenzy. A massive ring of a ship, twice as large as the New Dawn, hovered over the jungle. Spires jutted from the top and the bottom, like a two-sided pin cushion. Blinking reddish lights adorned the ends. The hull was a dull gray shield of impenetrable metal with no sight panels or markings of any kind.

The buzzing sound made my eardrums throb. I pressed my nose up against the crystal ledge and peered over as my whole body shook. The lowest spire, thick as a nuclear reactor, lengthened from the belly of the ship until the tip hovered a meter from the jungle canopy. A trap door opened, and a beam of white light seared a hole in the foliage. The smell of burnt vines choked my throat, and I cowered against the side of the ledge.

I have to warn the ship. 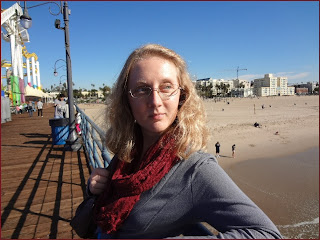 Aubrie wrote in her junior high yearbook that she wanted to be “a concert flutist” when she grew up. She majored in flute performance at the University of New Hampshire on a full scholarship, then secured two teaching jobs at a University and a local community music school. While playing in orchestras and teaching, stories popped into her head, and she used them to make the music come alive for her flute students. Her students said they were so good, she had to write them down! Maybe they were right, who knows? Two careers seems to keep her busy. For now.

She is represented by Dawn Dowdle and writes sweet and adventurous fantasy, science fiction, and contemporary romance.