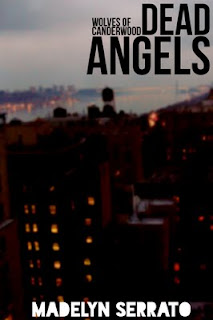 Early morning and a woman lies dead in the street, her end violent and strange. A man loses his mother. A detective finds himself caught between, between the city and the underworld. A wolf wanders aimlessly in search of a killer, in search of an end. All three are haunted by ghosts of half-remembered moments; all three, trapped in a city, this city that holds its secrets loose and its citizens tight. This city of dogs. This city of demons. Calderwood.


Dorsett was home and he couldn’t remember how he got there. Snippets of time and memory gone without a trace. His stomach churned and his skin tingled. He shuddered. He was at home, somehow.

Red crumbling brink and tangled overgrowth. The churchyard. Fingers clutching at stems, pollen clinging to his shirt. He sat down on the couch, inhaling deep the smell of blackberry flowers and midmorning rain. The priest talking to his mother. Holding her hands. No, she holding his. Tearful eyes and a stern look. He could not hear what they were saying. Silent chatter over the screaming of children, bunched together in the parking lot.

Blood in the air. The cat. The dead cat’s contents spilled open into the street. Pavement damp. He knelt next to it, bumping the coffee table with his forehead and falling over. His hands slipped in the offal and he cried out, seeing the tabby’s face for the first time. Eyes half-moons and clouded, mouth parted slightly. Blood clumped its fur and flies were gathering.

He was home. He was home. Home and yet he could smell the rot and digested food in the split stomach. He was choking but couldn’t get away. Couldn’t get up. His hands fumbled, body unsure. The couch pushed him forward and the smell enveloped him. He saw the horror on their faces. Children stunned and silent. And he screamed. 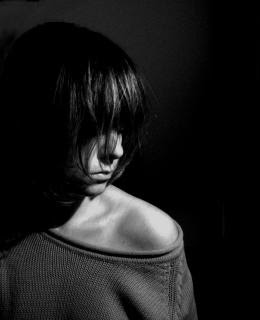 Madelyn Serrato was born in California and attended college in Washington, where she received a BA in Psychology. She currently resides in Arizona and will start medical school by the end of the summer. When not writing, she enjoys boxing, reading, and watching terrible movies with friends. Wolves of Calderwood has been a labor of love for many years and is her first published novel. Join her mailing list at http://eepurl.com/Bx6FL.
Posted by Andi at 12:00 AM