Meet Hannah Pole, author of 'Silence of the Wolves'

Please give a warm welcome to author Hannah Pole! She is very spirited and a joy to talk to. Enjoy!

What was the inspiration behind 'Silence of the Wolves'?

Silence of the Wolves was my first 'Nano Wrimo' book. When I was trying to come up with a good plot line, we had just adopted Orbit, our husky boy, so werewolves seemed appropriate!
I love anything and everything supernatural and I absolutely love the idea of pack nature, so it all seemed to click into place nicely!

Tamriel has elements of myself in her, I guess when you build a character, its difficult not to put a little bit of yourself into them! (In the least weird way physically possible... LOL)

But I think Sapphire is my favourite female, and the one I possibly identify with the most! She is so feisty, and though she is one of the background characters at the moment, I think she is going to be fantastic when her book comes around!

Which scene was your favorite to write?

Oh god... I think possibly the one where Tamriel has been kidnapped and is fighting her way out of that underground base. The scene where the tomb (zombie-vampire-bad guy) tries to open the door and his eye pops out. It was so much fun to write, and its the first real look you get at one of the tuhrned.

Ohhhh! Or the scene where you first meet Julian (But that could possibly be because I LOVE Julian lol)

Or perhaps the first kiss or the steamy scene between Tamriel and Leyth.. They are gooden's!

Will there be a sequel to this book?

Oh yes! Song of the Soul (number two) should hopefully be out in October! This one is about Alison and Dax (The series follows the pack as a whole so Tam and Leyth will still be in it, don't worry!)

And... Whoa. I LOVED writing that one!

Song of the Soul is currently being edited, so that is really cool. Bite of Vengeance, the third in the series is currently being written aaaaand... I may possibly have a book called Night of the Fallen in the works, it will be the first book in a second series called Creatures of the Night! (Very exciting!)

You say that you have always secretly wished to be a werewolf. Why?

Honestly, I've always loved animals, wolves and dogs in particular. I am definitely a fantasy nerd, I love love love anything supernatural. I mean come on! Who doesn't secretly wish they had super powers or magical abilities of some sort? And to me, the idea of being able to become a wolf for a little bit seems awesome! Could you imagine how much fun that would be?
It would definitely be the mother of all party tricks, thats for sure! ;)

Have you ever had your own supernatural or paranormal encounter?

I danced with a gremlin once. I'm serious! That girl was definitely a gremlin. I was at a party, and this girl that was all loooong legs and loooong arms with a teeny weeny torso was dancing by herself and I felt a little bad for her so I went out and had a bit of a boogy too. It was only then that I noticed how tiny her head was and how HUGE her eyes were and how pointy her teeth were. Gremlin. I'm telling you. Haha.

On a real note, I think I met a ghost once. I used to work as a waitress in a B&B and restaurant in Pluckley. (the most haunted village in the UK) Anyway, one morning I was setting up for breakfast at about 6am, it was just me in the dining room, and this guy walks through the door and waves. I remember thinking that he looked really odd because he was wearing a cowboy hat and a shirt with braces. So I yelled 'be there in a minute!'

Turned around to drop the tray I was carrying on the table, and then turned back to face the man and he had vanished! I didn't hear the door open or anything (and it was a reaaaally creaky door)

Later on, I told my boss that some strange man had come in at 6am that wasn't one of the guests, and that I thought I'd missed him. When he asked me to describe him, he went really pale and went and found a picture to show me.

And it was him, without a doubt, same hat and everything. Turns out, the guy in the picture was the previous owner who had died decades before.

You have aspired to be in many professions over the years. Which career, other than writing, was the best fit?

Probably events, I worked in travelling events for a while which is amazingly fun. We would get a job in, go to the venue (be it London, Barcelona, Dubai, wherever!) and set up a show which involved rigging truss (the metal struts that hold up lights and speakers) rigging the lighting, and preparing for the show. The artist/comedian/speaker would then do their bit, there would be a big party, and then we would take it all down again, load it onto a truck and bring it back to the warehouse to prepare for the next gig. That was a lot of fun, and I got to see some amazing people and places!

My husband still does that (it's how we met) and my dad is a leading lighting designer in that industry too, so its no wonder I enjoyed it so much! Hehe!

When not writing, what can you be found doing?

I pondered over this question for quite a while. I realllly wanted to put something profound and amazing... But if I'm honest? It's either playing Black Ops 2/Skyrim on my ps3, reading too many books, walking my two lovely dogs on the beach, procrastinating on the internet- usually with my best book friend Fang, or spending hours gassing to my (awesome) mother and/or friends over several bottles of wine. Lol! Summer is here, so I can now add BBQ's and a few beach parties to that list ;)

Oohh either that, or inventing godawful new foods. I specialise in crap cooking that consists of whatever is left in the cupboards, mixed into a strange concoction, covered in cheese and salad cream. Surprisingly, sometimes it tastes nice!

I basically spend most of my time writing though, I love it.

I can spin fire poi? It's one of my most favourite hobbies, and now its summer I can get them out! Yay!!

Those bad boys have gained me entry into a number of festivals I couldn't afford to go to. Entertain with fire toys for an hour and get a free ticket? LOVE IT!

Firstly, that you are awesome for having me, thank you so very much! Aren't they epic guys? I think so!

And secondly, that I am absolutely baffled with how well Silence of the Wolves is doing, I mean its been out for little over a week, and it has had so many amazing reviews and kind words, I am truly humbled.

I have spent months, MONTHS worrying about it. I mean I was absolutely terrified that no one would like it, that it would go unread... but no! It has been AMAZING!

I am just so incredibly grateful to Anna, my editor and Carina UK. But most of all, to my wonderfully awesome readers, they are making my dreams come true and I honestly have so much love for them right now it is unreal! 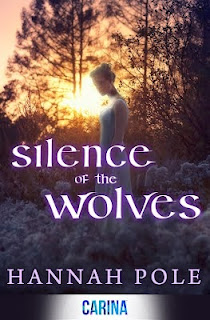 After a strange encounter in a dark alley, journalist Tamriel’s life is turned upside down. She’s missing days, developing odd new abilities, and being followed by mysterious Leyth.

Dark, dangerous – and too gorgeous for his own good –Leyth’s determined to teach Tamriel about her new life – as a werewolf! And just as intent on keeping their relationship strictly business.

But as their simmering bond grows, Tamriel and Leyth face a bigger challenge; Tam may be their kind’s strongest weapon against the Circle, a deadly group of paranormal creatures gone rogue. That is, if she’s ready to give into her destiny and put up the fight of her life...


Get it on Amazon and Amazon UK 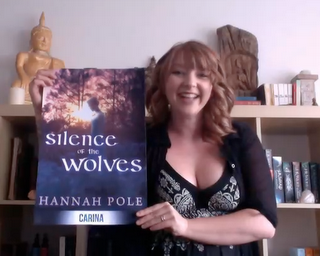 I am a born and bred wild child. (Or I like to think so anyway!)

I moved to sunny Folkestone UK to escape and find my feet as, well whatever I was destined to be! But alas, my short attention span made finding that destiny a little difficult! One day I came across a diary entry that made me laugh so hard; I actually fell off my chair. (Yes, this can happen!)

I decided that the entry was so funny; it needed to be shared with the world! So I started writing, and attempted to turn it into a novel. Though to this day, that novel remains unfinished, it will always be the novel that got me started, and showed me what I was passionate about.

Honestly? I have aspired to be everything from a Private Investigator to a Zoo Keeper with my career; my interests change so quickly that I could never stick with one! Writing gives me the freedom to choose; I can be a cold-hearted assassin in love with a poet one day and the secret lesbian lover of a politician the next!

All my life, I have had a strong, unwavering passion for anything supernatural, spiritual and slightly unexplainable, I love the idea that there can be something completely fantastical lurking beneath the confines of normality. So of course, mythical creatures of all shapes and sizes dominate most of my work!

In a nutshell, I am a creative crazy bean, living with my lovely husband and a house full of too many animals! I've always secretly wished I were a werewolf of some description, but have come to realise that I will have to settle for writing about them instead! I'm happiest in the sun with my head in a good book!

All I can say from here is I hope you like what you read!

a Rafflecopter giveaway
Posted by Andi at 1:06 AM