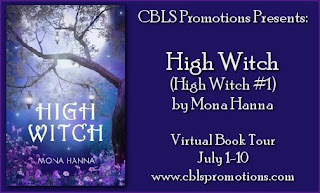 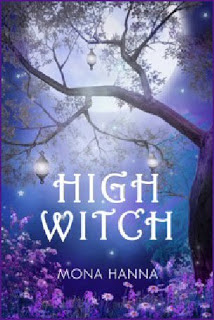 Description:
Ariel is a High Witch, one of the most powerful witches in the world. There are only three like her in existence. She finally learns who she is, but immediately has to flee from a malicious warlock, out to claim her for his own. With Brayden, her new love by her side, she attempts to outwit the warlock, and the High Witch who protects him. But what will she do if she has to go through 'The Test'?

They traveled for a few more days, stopping one afternoon at an empty field to rest for lunch. Ariel had been practicing every day, Brayden astonished at how much she’d improved. They sat eating under a tree in the cold day, sunlight shining through the clouds. They didn’t speak, both very tired from all the traveling. Ariel finally stood up, saying she needed to work on her magic some more.

“Try to focus on nature, like we discussed,” Brayden said. “Remember, you can draw from every source of magic there is, from wherever there’s power. You’re doing so well — try to master this now.”

Ariel nodded, then walked several paces away to the center of the field, standing in a large expanse of grass. Brayden watched her from where he sat, thinking she looked so beautiful. She looked at him for a moment, then shut her eyes.

She held out her arms, standing silently for a long while, her hair slightly blowing around her in the breeze. She remained still for several more moments, then gradually the wind grew stronger. Ariel’s hair flowed behind her, her skirt twirling around her ankles. Leaves swirled around her; a howling sound was in the air. The wind was focused on her, turning around her as she stood on the spot, as if she was at the center of a tornado. Flashes of lightning cut through the sky. A white glow illuminated her skin.

The clouds above them became grey and dark. Ariel stood, frozen, at the center of the tempest. The wind swirled around her, howling, screaming. She maintained control of the storm. Thunder crashed above them, interspersed with more lightning. Brayden shivered in the now freezing temperature. Ariel didn’t move. The air around them screamed, building until it erupted in a thundering cry. Ariel held her face up to the sky, the elements under her control.

Finally, she lowered her arms. The sounds began to fade. The storm began to dissipate. Gradually the wind died down, the clouds became lighter and grew apart, the thunder and lightning dissolved. Eventually, things were as they were. Ariel looked over at Brayden, the faint white light still touching her skin. He rose and slowly approached her. He stood before her in amazement.

“That...” he began, then had to clear his throat. He was still stunned. “That was astonishing. Ariel, you’re amazing. I don’t know how you did that.”

She smiled at him, the glow around her fading, her skin returning to normal. Brayden looked around them, wanting to capture this moment; take advantage of her control of her powers.

“Try to lift one of those rocks,” he said, pointing to a small pile of rocks in the distance, similar to the pile that had been in the yard at the inn.

Ariel turned to them, and held out one arm. She moved one of her fingers, and a grey, fist-sized rock rose from the pile, hovering in the air. She moved her fingers again, then the other rocks joined the first, delicately balanced at head height, floating as if they were on water, as light as leaves. Ariel flattened her hand, and the rocks gracefully dropped back down to the ground. She turned to look at Brayden. She smiled.

“It’s easy, now,” she said. Brayden moved up to her and drew her into his arms.

“You’re wonderful,” he breathed, embracing her, holding her close. She wrapped her arms around his neck, and Brayden smoothed his hand over her hair. He couldn’t believe how amazing she was. He held onto her, mesmerized by her. His body was tingling just holding her. He felt her tremble.

“I hope I can save us,” she said, her breath against his neck. He couldn’t take it any more. He cupped her chin in his hand and kissed her, hungrily moving his mouth over hers, his other hand clutching her hair. She held onto him and he pressed her against him, unable to control his feelings for her. He groaned, loving how she tasted, the feel of her lips, the touch of her tongue moving with his. They clung to each other, unaware of anything around them. He couldn’t believe how good it felt. He began kissing her neck, and she moaned in his arms. His body was on fire for her.

“Oh, Ariel,” he breathed, wishing more than anything they were somewhere private. He was desperate for her. He kissed her lips again, then held her to him, his heart racing. She put her arms around his neck, and gently nibbled his ear. He couldn’t breathe.

She laughed, stepping back a little from him. He gazed at her, consumed with thoughts of her. She looked back at him, a mischievous smile touching her lips. Oh, how he loved her.

“Not here, not when we’ve got a madman after us,” he said, kissing her roughly then taking her hand, leading her back to their things. She laughed again. He was addicted to her. Her laugh, her touch, her beauty — but, really, her. Her heart. Her soul. He wanted to love her for the rest of his life. To protect her. To always be with her. He wouldn’t be able to stand it if he lost her. He would do anything to keep them together. 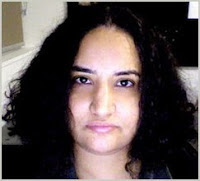 About the Author:
Mona Hanna is the author of the books The Nature of God and God's Promises of Love. She has been a devotional writer since 2008, creating the blog Mona Hanna Devotions, focusing on expressing God’s love, acceptance, and compassion. She has a Bachelor of Arts degree from the University of South Australia, with a sub major in professional writing. Mona is now writing fantasy books. Myriad is her first novella.