'The Billionaire Princess' by Christina Tetrault 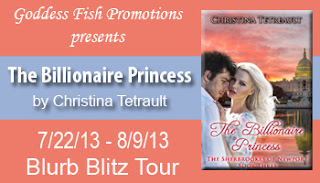 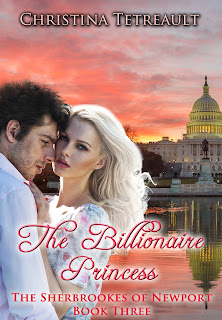 The Billionaire Princess
by Christina Tetrault

She was raised as an American Princess

Following the betrayal of a former lover, Sara Sherbrooke swore off relationships, too afraid she would be used again. Instead she has devoted all her energy to succeeding in politics without relying on her family name. That is until one night in Hawaii with her brother's best friend Christopher Hall.

He is a self-made billionaire

Technological genius and CEO of Hall Technology, Christopher Hall first met Sara Sherbrooke when he and Jake Sherbrooke were college roommates. While attending Jake's wedding in Hawaii, Christopher is reintroduced to Sara, a beauty who was once way out of his league. But now as the most eligible bachelor in Silicon Valley, the only thing stopping Christopher from pursuing Sara is the thought of betraying his best friend.

As they work together to promote a new education initiative, neither can deny the attraction between them. But will their growing romance be worth all of the consequences?

"Really? I didn't recognize any of them."

He couldn't stop himself from leaning closer. "Then you don't listen to the right music. I'll have to introduce you to some good music."

The moon provided just enough light for him to see her eyes searching his face for something. "I might hold you to that," she said teasingly.

His eyes dropped to her lips, and he watched as her tongue darted out to moisten them. Overhead the first volley of fireworks exploded, but the sound barely registered through the haze surrounding him. Christopher leaned toward her as if pulled by an invisible magnet.

"Anytime." He tried to remember all the reasons he shouldn't kiss her again, but his brain refused to concentrate on anything except her lips. Lips he had every intention of tasting again unless she stopped him. It hadn't been his plan for this evening. He wanted her to have time and space to consider things. Yet he knew it was now inevitable. Only two things would prevent it, Sara herself or the end of the world.

Another firework exploded overhead but neither turned to look. Both focused only on each other. Reaching out he placed a hand on her shoulder, her skin warm and smooth like velvet beneath his palm. Slowly he pulled her toward him. "If you want me to stop, tell me now." He managed to get out as he lowered his head toward Sara.

She answered with a simple shake of her head.

"Good," he spoke the single word before settling his lips on hers.

Her mouth tasted like the strawberries she'd had for dessert. Wrapping his arms around her waist he pulled her closer. The scent of her perfume teased his senses as she wrapped her arms around his neck and leaned against him. In the night sky fireworks exploded, bathing the sky in color. Each explosion mimicked the ones going off in his head. Needing to deepen the connection, he teased the seam of her lips with his tongue until she opened them and then plunged in. Slowly, their tongues explored and mated while at the same time he dug his fingers into her thick silky hair.

As the firework display approached its finale, the sounds of the cheering crowd gradually penetrated the desire engulfing his mind. He needed to stop while he still could. One didn't make out with a woman like Sara Sherbrooke in the middle of a very public beach surrounded by onlookers. There was no way to know who was watching. So even though it took almost all his determination, Christopher pulled his mouth away and let his hands drop to her shoulders. For a moment Sara's eyes remained closed and her lips slightly apart. When she did open her eyes, he saw the total confusion and he knew the exact moment she realized where they were and what they'd been doing.

"I've been thinking a lot since yesterday," Sara said, her eyes not meeting his. 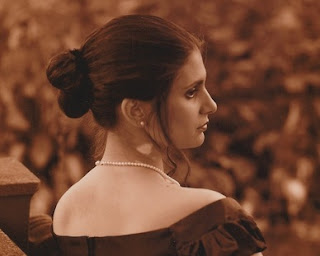 I wrote my first story with characters similar to those in the Sweet Valley Twins books at the age of 10 on my grandmother's manual typewriter. As I got older my stories and characters became more mature. During my freshman year at UMass Dartmouth, I read my first romance novel and fell in love with the genre. I have been writing contemporary romance ever since.

Today I live with my husband, three beautiful daughters and two dogs in Massachusetts. Whenever I have a free moment you'll find me either reading a romance novel or working on my most current story

Christina will be awarding a $15.00 Amazon or BN gift card (Winner's Choice) to a randomly drawn commenter during the tour. Follow the tour for more chances to win!
Posted by Andi at 3:30 AM
Labels: book promo, contemporary romance, excerpt, giveaway, Goddess Fish