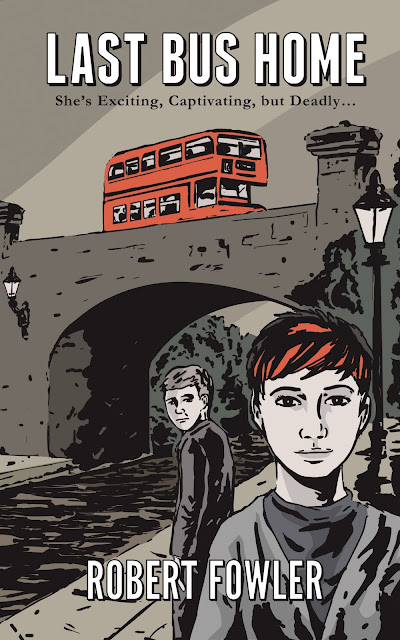 This short story kindle book is taking a look at the different lives of teens on the streets today. It is a fiction short stories book about teenagers who come from completely different backgrounds.

A chance meeting in a coffee shop begins an eventful evening for fifteen-year-old schoolboy Scott Williams. Dressed in full school uniform, and in town to buy a book, he finds himself accosted by a strange girl, dressed boyishly, with red flecks in her hair. Although they are the same age, she is far more streetwise than the naive Scott; her life almost the reverse of the boy’s.

Scott lives in an affluent area, with his parents and sister; Jet lives in a second floor flat with her alcoholic single mother. Scott is at a private school, Jet’s education is the streets she spends her nights walking.

For some inexplicable reason, instead of ignoring Jet and catching the next bus home, Scott allows the girl to manipulate him into missing it. As the evening becomes more bizarre, he becomes mesmerized by the world she inhabits. Sadly the evening will have tragic consequences for both of them.

Please Note: This book contains some strong language, it is relative to the story line, but may/could offend.


All of a sudden my stomach rolled and turned in a hundred directions, my breathing increased and I was certain that the temperature had gone up. I began to panic.

‘But we don’t go out with each other.’

‘You are a prat sometimes, my mum snogs everyone when she’s pissed.’

I took a step back, to be honest there was nothing else I wanted to do but kiss her, but the thought of it scared me. The light from the bridge barely touched her, but I could see her silhouette against an almost clear September evening sky, she looked good.

Jet walked back to the light; I suddenly realised that if we were to kiss, then I would have preferred to have done it in the dark.

‘How the fuck am I going to kiss you from over there?’

I edged my way forward. ‘Okay?’ I whispered.

She leaned forward and I closed my eyes and opened my mouth at the same moment. Nothing happened, not immediately anyway, then Jet burst into a fit of giggling, I opened my eyes as she fell to her knees, her laughter out of control.

‘You sho…’ She stopped as the laughter took over, before trying again. ‘You should see your…’ Again the giggling made it impossible for her to talk, or for me to understand what she was trying to say. It was now beginning to annoy me. It was obvious that the joke was on me, when she would finally be able to talk, it would all be down to me.

‘Stuff you,’ I said, the butterflies in my stomach replaced by anger, right now I wanted to throw her into the canal. I turned and began to walk towards the concrete steps.

I stopped, but did not turn round.

Robert Fowler fiction author of historical fiction, romance and romantic suspense novels and short stories. Born in June 1954 in Bethnal Green, London, to an English father and an Italian mother. I live and work in Hertfordshire and I'm married with one daughter.

I left school at fifteen with GCE Maths, English and History.

My first job was working in a warehouse that sold plumbing and heating supplies. I still remain in the industry today, running my own company which I started in 1988.

Over the years I've had four operations on my hips. The medical name for my condition is Ankylosing Spondylitis, a form of arthitis. This Arthritis affects the spine, pelvis, knee and other joints. It will stiffen your shoulders, restrict your neck movements and can cause problems with your eyes and breathing.

I have also been a football manager for over 20 years, you become therapist, bank manager, marriage guidance, job finder and counsellor. What inspired me to start writing was when I wrote about having to stop playing football at 24, because I had early arthritis. My body began to be riddled with it, and my hip was replaced when I was 25. I went through a bad time and I found writing down all the thoughts that were going through my head at the time, made it a bit easier to deal with. It was written by me for me, not to tell the world; it was to help allow me to understand that my life was not over at 25.
Posted by Andi at 7:34 PM
Labels: coming of age, Featured Fiverrs, young adult