Read an excerpt from 'Defending Wellton' by Kelli Kretzschmar 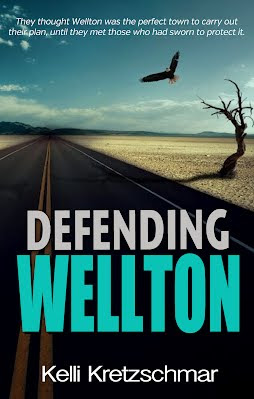 Wellton, Arizona. Population 2,864… and falling. Something - or someone - is killing the kids in town, and the Wellton Police Department is called in to investigate the untimely deaths.

Officer Trent Buckley has lived in Wellton since the day he was born, and he’s been trying to get out of the small, dead-end town ever since. Just when he has a shot at a transfer to Tucson, a disturbing case lands in his lap, one that has him working with Yuma Sun reporter – and ex-lover – Sarah Goodwin. Trent is forced to push aside his resentment for Wellton and settle his own personal demons to focus on keeping more kids from dying in his town.

Chief John Walker has lived in Wellton for over thirty years. When kids start getting sick and dying, it takes all his courage to face his own past and solve the case. With the help of his best cop, Officer Buckley, Walker is determined to stop the deaths in his town, and keep them both alive in the process.

As the pair discovers what, or who, is behind the mysterious deaths, will two small-town cops be able to stay alive long enough to put a stop to it before any more kids have to die?


Sitting back in his executive chair, Thompson’s smile faded into a hard line. He was all business now, and his voice lowered into a more serious tone. “Well, let’s get down to the reason I called you here.”

Thompson huffed under his moustache, pushing a pile of papers to the side of his oversized, mahogany desk. “Trent, we’ve got something going on in this town, and I’m not real sure what it is.”

“What sort of thing, sir?” Trent leaned back in his chair, pulling out a small notepad and pen from his chest pocket.

“Now you put that thing away, son. This discussion is off the record. We don’t want to start a panic or anything.” Thompson reached for his coffee and took a long sip. Trent laid the notepad on the desk in front of him. “Alright then. Why don’t you tell me what’s going on?”

Thompson set down his cup and began, “It started a couple of days ago. We got a patient on Thursday night complaining of stomach pain. He was six years old. He came in with a fever of a hundred and four and was vomiting. We got him hooked up to an IV and administered fluids to help him rehydrate. We ran some tests, but all of his vitals were normal. We decided to keep him for the night anyway to make sure his fever went down.

“Well, about three o’clock in the morning, the mother came running out of the room screaming that the boy was dead. Sure enough, he had gone into cardiac arrest and couldn’t be revived. The mother, Ms. Alvarez, refused an autopsy, said it went against her religious beliefs or something. All we had to go on was the tests we had run on him before he died. We looked at the results again more closely, and realized that he had abnormal amounts of intestinal parasitic growth.”

Trent was puzzled. “Parasites? That’s how he died?”

Thompson raised an eyebrow. “We weren’t convinced either. No parasite I’ve seen has ever killed that fast. So we decided it must have been a specific allergic reaction to the parasite or an underlying issue we had not yet tested for. Nonetheless, the kid was dead.”

Trent nodded slowly, attentive to the hospital director’s every word. Thompson continued, “Yesterday morning we had two more patients come in showing the same symptoms - stomach pains, high fever – both were kids. And within six hours, they were dead too.”

“Don’t use the Lord’s name in vain, son. You were raised better than that.”

“Sorry, sir.” He sat up in his chair. “So this was just yesterday. Have you gotten any more cases since then?”

“Last night we had a little girl, ten years old. Her father, Jack Pringle, brought her in, but she was already dead. It was pretty bad. The father was screaming through the hallways, yelling at my doctors to do something. Poor guy lost his wife in a car accident last year. I guess he just couldn’t handle it again. He shoved one of my nurses. Security had to take him outside for a while to cool off. I didn’t want to call your department. I thought the last thing the guy needed was a night in jail.”

Trent nodded. “That’s awful. I know him. I worked with the highway patrol on his wife’s accident. Where’s Pringle now?”

“His boss ended up coming down to be with him. He spent the whole night holding his daughter, crying.” Thompson shook his head. “Terrible. Just terrible.”

Trent was leaning forward in his chair now. “Well, what is it, sir? More parasites? Have you been able to perform autopsies on the other children?”

“The parents have agreed to autopsy, but you know how things go around here, Trent. We don’t have that kind of facility at Wellton Memorial. We had to get them over to Phoenix. Probably won’t get any results back for at least two to three weeks. What we did find, though, was the same parasitic overgrowth like in the first kid.”

“Haven’t quite formulated one yet, kid. Of course, we’ll need to see the autopsy reports to rule out other causes. But this parasite is interesting.” He opened his arms over his desk and eyed the paperwork there. “You caught me in the middle of some research. I’m reading everything I can about them. Specifically, parasitic allergic reactions. The thing is, nothing here says this particular kind of parasite would do much damage. It’s certainly not one to kill so fast.”

“So you can narrow down the type of parasite?”

“Yes, we were able to narrow it down to a parasitic class, not the exact species, however. And to tell you the truth, Trent, this class of parasites is pretty common. I wouldn’t be surprised if you and I are walking around with them in our stomachs too.” The thought disgusted him, but he kept his expression focused. After a long silence, Trent sighed. “Kids dying in Wellton. Chief’s not going to like this one bit.” As an afterthought, he added, “He already knows all this, though, right?”

Trent wondered why the Chief had ordered him to come down instead of coming himself. This sounded like a serious matter. And even though Trent had been serving the department for two years, and the fire department for three years before that, he’d never had to deal with any kind of medical epidemic before.

As if reading Trent’s mind, Thompson continued, “No offense, kid, but I expected Chief Walker to come down today. I’m sure glad to catch up with you and all, but we could be dealing with something serious here, if you know what I mean.”

Trent was slightly offended. It was one thing for a person to think himself inexperienced. It was another to have it shoved in his face by someone else. 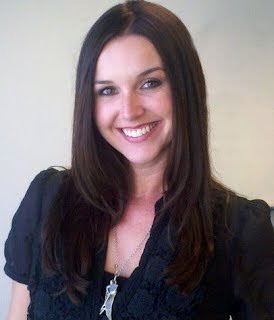 Kelli Kretzschmar, author of the mystery novel Defending Wellton, researched the novel by visiting Wellton, Arizona, and interviewing several officers of the Wellton Police Department. Kretzschmar says, “I needed to actually experience the feeling of the small town in order to capture Trent’s frustration in feeling stuck there. And speaking with the Wellton Police Department proved invaluable and has given me a lot of material for a second book in the Wellton series.”

Kretzschmar resides in Rancho Santa Margarita, California with her husband and three children. Although this is her first published novel, she says there will be more to come. “Writing is an exciting hobby,” says Kretzschmar. “I have lots of characters in my mind that are ready to come to life on paper. Currently, I’m working on three more novels and expect my next to be released this winter.” When asked to describe what she enjoys most about writing, Kretzschmar states, “There's a point I get to in the process of writing when the characters just start acting things out on their own, and I'm just there to record it all on paper.”

A full-time Marketing Manager for a high-technology company, Kretzschmar finds time to write between an active schedule of work, family life, and practicing her most recent passion, Krav Maga. She holds a Bachelor’s Degree in Psychology from Cal State Long Beach.