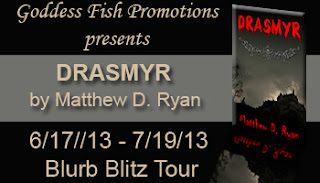 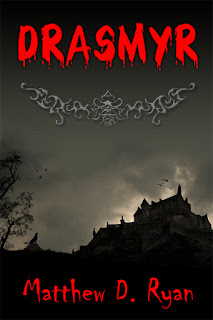 We vampires do not make easy prey. Our weaknesses are few, our strengths many. Fear is something we do not know, and death but a distant memory. So tread softly, pray to your god, and gird yourself with silver when the moons arise and night’s dark prince awakens. We fear not the wizard, nor the warrior, neither rogue, nor priest; our strength is timeless, drawn from darkness and we know no master save the hot lust of our unending hunger. We long for blood, your blood and no blade, nor spell, nor clever artifice, can keep us long from our prize. Feel our teeth at your throat, your life ebb from you, and know as darkness comes to claim you that the price of your folly is your everlasting soul.

In Drisdak, the city on the Sea of Sorrows, the citizens have much to dread. Unease and foreboding have always been associated with the local wizards guild; peasants have an innate distrust of magic and those who use it. But now, something else is on the rise. A mysterious fire at the guild has left two men dead and a third missing. A small matter, you say? Well, one of those men was the guild master, and his successor wants to know what happened to him. Enter Coragan of Esperia, the renowned bounty hunter. If anyone can unravel this mess he can. But is even he prepared to challenge the horrible evil that lurks at the heart of the mystery? An ancient vampire by the name of Lucian val Drasmyr.

I change shape and take to the air. It is a clear, cold night, with no clouds to hinder my vision. Below me, the dark canopy of the forest bears an even darker scar; the trail of the old river and its sister road to town and Arcalian.

Despite my near limitless power, I am cautious about openly wandering in a human city on a clear night. I have had run-ins with them before and I have no wish to draw undue notice. I soar in a long gliding circle to free my mind for concentration.

It takes but a moment.

Then the storm begins to build, drawing in clouds from the distant sea. They roil and churn in the darkening night, reaching forth with long writhing tendrils as if to grasp the town with a shadowy hand. A chilling gust of wind sweeps through the forest trees and the mists boil forth from the valley floor. All told, I spend an hour circling the town while the storm gathers its strength. Then, as the first lightnings begin to flash and the rains begin to fall, I descend on shadowy wings into the heart of Drisdak, the city on the Sea of Sorrows.

The mages guild is easy to find; its rancid stench of magic can be smelled from blocks away. It’s a tall building, made of stone, looking more like a miniature keep than a guild house. Five circular towers loom up from a central stone edifice. I have no doubt that Arcalian can be found in the highest tower in the room of the guild master, undoubtedly basking in the luxuries my services provided. 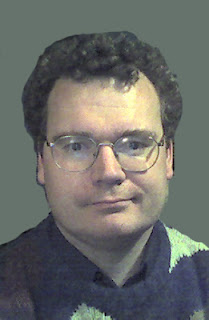 Matthew D. Ryan is a published author living in upstate New York on the shores of Lake Champlain. He has a background in philosophy, mathematics, and computer science. He also has a black belt in the martial arts and studies yoga. He has been deeply involved in the fantasy genre for most of his life as a reader, writer, and game designer. He believes he saw the legendary Lake Champlain Monster (a.k.a Champy) once and he has a cat named Confucius.

Check Out My Blog: http://www.atoasttodragons.com

Matthew D. Ryan can be found on the Internet at the following sites:


Matthew will be awarding a Reaper "Dracula" Miniature from the Dark Heaven Legends line to a randomly drawn commenter during the tour (US only). Follow the tour for more chances to win!
Posted by Andi at 3:30 AM
Labels: book promo, excerpt, giveaway, Goddess Fish, vampires