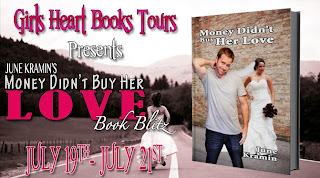 Take a few moments to get to know fellow 80's music freak and author June Kramin.

What was the inspiration behind 'Money Didn't Buy Her Love'?

Like most of my others, there was really no hidden inspiration for this story. It sparked from a single idea & the characters brought it home. It started with me imagining someone almost being hit – suddenly she was in a wedding dress. Then it was a very expensive wedding dress & Dani was loaded… the whole thing just snowballed. I wanted to put a story in Minnesota but when the time came for a trip, I took them to my home – Maui. I really had a lot of fun with this one for not knowing what I wanted to do with it. I knew there was more to Dani. I love how she grew into who she wanted to be.

That would be Dani for sure. When you give a few drinks to a non-drinker – the results are usually awesome one way or another!

I think when they are dancing to Jack Johnson & Jeremy realizes he’s in love with her too is what does it for me. I don’t’ even think I make it a *gasp* moment in the book. It’s just me.

I have toyed with doing a sequel. Something about Dani’s brother and Jeremy’s sister is nagging at me. I’m mid 3 other projects right now though, so I’ll have to see how loud they become & what they make me do!

Please tell us about some of your other published books.

I have a time travel romance series, Dustin Time & Dustin’s Turn, that will take you on some fun twists & turns, a romantic thriller/suspense series, Hunter’s Find & Amanda’s Return, if you love a great mob/cop story with a little “heat”, a stand-alone romantic suspense that has everyone’s favorite secondary characters – Nick & Nathan. They are the MC’s brothers & a hoot of a pair of country boys. That one is Double Mocha, Heavy on Your Phone Number. I have a tear-jerker romance that I receive many wonderful e-mails, thanking me for the cry, Come & Talk to Me. And a romance with a very headstrong-can’t make up her mind businesswoman, I’ll Try to Behave Myself. You can read the blurbs for them all here: http://www.junekramin.com/novels Each book has its own page.

I also write middle grade under the pen name Ann T. Bugg. It’s a fantasy series that re-tells favorite fairy tales & folklore. Currently there are 4 books out – so far there are 9 completed in the series. http://www.beforehappilyeverafter.com/series

I have a thriller series that I am trying to concentrate most of my energy into. The 1st book will be released in November – I Got Your Back, Hailey. I’m currently working on the sequel. I have a few more romance titles that need a good beating & cover art - they are on the back burner for now. I still hope to have 2 releases a year so they’ll get out when it’s their turn. ;)

You've lived in three very different areas, from Philly to Maui to a farm in Minnesota. Which one is your favorite? Would you ever return to the others?

I don’t have many memories of Philly. We moved when I was 4. I go back often and there is just something familiar about it that I love. I call it the junk food capital of the planet! If I moved there, I’d easily be 300# in a few weeks! I have no control when it comes to food there. I will always call Maui “home”. It is paradise for sure & I miss family & friends more than anything, but I will never move back. It holds my heart big time, but I just don’t desire to move back like many of my friends. Minnesota may have horrible winters sometimes, but I love being able to drive from place to place. We’ve driven to Philly, Florida, Arizona, & everything in between. I possibly see the mobile home life for me when we retire or turn into “snow birds”. (Heading south for the winter) I’m going to be a grandma in a few months, so you can bet I won’t be moving far away any time soon! Minnesota will probably be home base for years to come.

You claim to be hopelessly addicted to '80s music. Who is your favorite artist?

Claim? Bask in my freakazoidness! ;) “Hopelessly Addicted” means I could never pick one! Eep! Various artists at various times float my boat. Rocking out with Billy Idol, driving (and by driving I mean speeding) with Journey, remembering my best friend with the Go-Gos… Pandora’s 80’s station will improve any mood. I think it’s the memories associated with the music than just the songs themselves. I had a hell of a time in the 80’s. Probably 20 years’ worth packed into 10. :D

Tell us more about this ghost town you are working toward reestablishing.

A few years back, some people dropped a house down the road from us & knew some interesting history about where we lived. (We live 8 miles out of the town we are supposed to belong to & were pretty much alone out there.) Her hubby & mine did some digging around with the help of his mother, who had a lot of old town records. We knew the original foundation on our house dated to the 1860’s. We discovered it was the church way back when & our driveway was actually “Church Street”. Our house is the only thing left of the town besides a cemetery in the forest next to us. My hubby made signs (a raccoon drinking a beer) & put them at the old township lines & we each took a position. (Hubby is the sheriff, neighbor is the Mayor, we say her hubby runs the “C-Store” since he has a gas pump for his tractors. I have a lot of barn cats so I’m “Miss Kitty” – the one that runs the cat house - LOL.) I had an embroidery machine & made us shirts. Yeah, not so thrilling as it sounds. Have I mentioned I live in the middle of nowhere? We make fun where we can. There are no neighbors to talk about the crazy people! We have toyed with mailing each other with the town name to see if it shows up. The population of horses is currently higher than the residents. We don’t try to count cats. ;) At one point we looked into it legally being changed back but we dropped the ball & just have fun with it now. We need a bartender to drop a house somewhere. Any takers? ;)

The biggest “WTH??” I get from fans is when I say I can’t stand chocolate. No one can conceive the thought. I have friends that block it from their minds & forget every time. I will take cheese or potato chips any day over anything!

I don’t think so. These were fun & different questions! Thanks for taking the time to look at my site!

Thank you so much for your time! ~Andrea

Thanks for having me & joining the book tour! ~ June 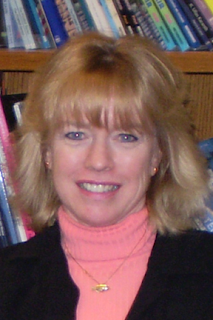 
Bio: Wife, Mother, Writer, Lunatic. Not necessarily in that order.


"There is a fine line between genius and crazy... I like to use that line as a jump rope!"


June, who prefers to go by Bug, was born in Philadelphia but moved to Maui, Hawaii when she was four. She met her “Prince Charming” on Kauai and is currently living “Happily Ever After” on a hobby farm in a small town in Southern Minnesota.


She enjoys riding her Paint horse, Ringo, around the small ghost town they are playfully reestablishing with the neighbors and playing in Photoshop. Her son and daughter are her greatest accomplishments. She takes pride in embarrassing them every chance she gets.


Being hopelessly addicted to 80's music is her super power. 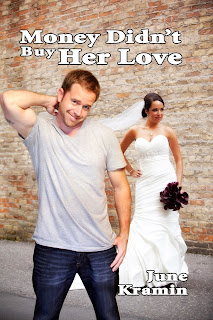 
Trying to get his bearings on an unfamiliar street and not paying attention, Jeremy slams his breaks to avoid hitting the most beautiful bride he has ever seen. When Danielle climbs in his truck, he assumes she’s in a hurry to get to her wedding; he didn’t realize she was escaping one. He agrees to let her return to his apartment so she can call for help, only she refuses to leave.
As the days pass, Jeremy finds it harder to fight off her passes and claims of falling in love with him. Besides having almost ten years on her, Jeremy discovers the family secret she had been trying to hide. How could the daughter of a billionaire settle for a plumber living paycheck to paycheck?

Despite every tactic her father throws at her and an ex-fiancé who refuses to let her go, Dani stakes her claim to the only thing she has ever truly wanted in her life and fights to make Jeremy hers.

Also available at many of your other favorite ebook retailers.
Posted by Andi at 3:00 AM
Labels: Girls Heart Books Tours, interview, romance